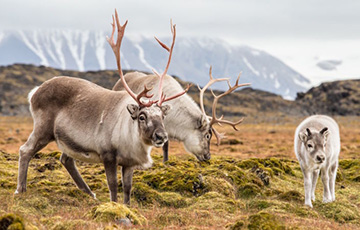 FindMy relies on Globalstar’s powerful, low-cost STX3 chipset and its worldwide network of satellites in Low Earth Orbit (LEO), which deliver reliable, accurate tracking far beyond the reach of mobile GSM and other technologies.

FindMy was originally founded to meet the needs of sheep farmers in Norway whose flocks graze fence-free in the mountains and often range across borders into Sweden and Finland. FindMy’s reputation is now established internationally and today ranchers in Latin America trust FindMy to monitor cattle.

FindMy was originally founded to meet the needs of sheep farmers in Norway whose flocks graze fence-free in the mountains and often range across borders into Sweden and Finland. FindMy’s reputation is now established internationally and today ranchers in Latin America trust FindMy to monitor cattle.

STX3’s small size, ruggedness, long battery life, and ease of integration, as well as its competitive price, remain key compelling features for FindMy. FindMy’s tracking collars communicate with Globalstar’s satellite network to geo-fence livestock, helping farmers monitor animals to ensure they graze only in designated areas, and to locate those which have escaped or are injured.

With each animal worth hundreds or even thousands of Euros, losing livestock to predators or through illness not only affects revenues but can also have a profound impact on the quality of a farmer’s breeding foundation for years to come.

Thanks to the rich data transmitted by the FindMy system, farmers are empowered to manage their stock intelligently, and minimise loss due to inadequate food or water, disease or predators. FindMy provides an informative data trail that enables farmers to analyse where animals that produce the best quality meat are grazing, so farmers can proactively manage herds’ grazing for future seasons.

FindMy’s customised user interface alerts farmers and herd managers when an animal has not moved for some time. With FindMy’s GPS data, they can identify exactly where to go to investigate, saving valuable time and resources. Farmers deploying the collars report a significant reduction in animal loss, with a consequent direct positive impact on their business.

In October 2017, Globalstar announced that its technology is at the heart of SaveMyReindeer, a technology solution that FindMy designed to prevent trains from colliding with reindeer in Norway’s hinterland.

Hundreds of kilometres of Norway’s railroads, reaching inside the Arctic Circle, traverse territories inhabited by the region’s indigenous Sami communities who keep herds of free-roaming reindeer.

Each year, trains kill about 6,500 of the region’s 600,000 reindeer, with an estimated loss of €8.5 million of livestock. In 2016, the Norwegian mapping authority, Kartverket, sought a solution as part of its annual hackathon series. FindMy emerged the winner and SaveMyReindeer was developed.

SaveMyReindeer, currently in development and testing, uses data from the Norwegian Railway Directorate on the real-time location of each train combined with open data from Kartverket to create a moving geo-fence 40-50 km around the train. By comparing the geo-fence area with GPS data from FindMy collars already keeping tabs on reindeer, the system warns train drivers when they are approaching the animals so they can take evasive action. The reindeer owner simultaneously receives an alert on their smartphone, giving them the opportunity to move the herd out of harm’s way. By introducing SaveMyReindeer, fewer animals would be lost, and the train network would suffer less disruption.

Halvor Mjoen, Founder of FindMy, said: “The FindMy animal tracking platform is helping farmers ensure the best possible health of their livestock, protecting animals from disease and predators, and maximizing herd value. Thanks to Globalstar’s ongoing commitment to IoT innovation, we will continue to find new ways to help farmers to monitor and safeguard their valuable animals,” he added.